The Scriptures do not contradict themselves, and so we are left with the question as to how these three different statements can mean the same thing. When we look at the buying and preparation of spices, we discover that by their actions the women hold the key to the whole mystery as to when Jesus died, was buried and rose again.

If you have not done so, I encourage you to read Three Days and Three Nights: According to the Scriptures before moving on.

The Women at the Tomb

One might wonder why the detail about the women being at the burial of Jesus is mentioned by several of the gospel writers. It does not seem to add anything to the story, and might be considered by some as superfluous or unnecessary information.

The fact that the women were at the tomb at the moment of the burial, and saw where the body of the Lord Jesus Christ was buried, is a significant detail in figuring out the chronology of the three days and three nights.

One thing to consider when reading the story about the burial of Jesus Christ is that NONE of His followers anticipated Him dying that day. In Luke 24, after the Lord rose from the dead, we read of the disciples still being perplexed about all that had happened. It is safe to say that the events of the day came as a total surprise to the followers of Jesus and that they were left in shock.

When reading through the gospel accounts, a question arises as to when the women bought the spices they would use to anoint His body. Some would suggest that they bought them in the afternoon of the day of the crucifixion after the three hours of darkness and before the burial, while Nicodemus went to ask Pilate for the body of Jesus. It is definitely a possibility, yet the Scriptures seem to indicate something quite different.

Mark 16:1 clearly states that the women bought the spices to anoint Jesus AFTER the sabbath had past. “And when the sabbath was past, Mary Magdalene, and Mary the mother of James, and Salome, had bought sweet spices, that they might come and anoint him.”

Understanding this detail raises yet another question because the day after the Sabbath (Saturday), is the first day of the week when the women went to the tomb, and they were there really early.

The Women Preparing the Spices 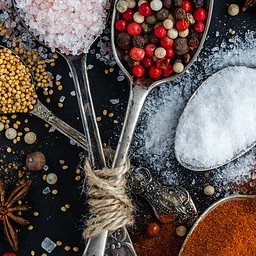 Another question that arises when reading through the gospel accounts has to do with when the women prepared the spices. Some would suggest that it was in the afternoon after Jesus died and before He was buried. They suggest that the women went to buy the spices and prepared them before going to the tomb for the burial. Again, we would defer to what the Scriptures say.

Luke 23:56 makes an interesting statement that would seem to indicate that the women prepared the spices before the Sabbath and then rested on the Sabbath day. “And they returned, and prepared spices and ointments; and rested the sabbath day according to the commandment.”

A careful reading of verse 55 (and of the accounts of the other gospels) will show that the women were at the site of the burial pretty much right until nightfall. When the sun set, it was the start of the following day (click here for a study on God’s 24 hour day according to Genesis 1:5). It would have been impossible for the women to prepare the spices before the Sabbath day began, seeing as they were at the tomb pretty much until the start of the Sabbath day… and, the Scriptures indicate that they prepared the spices after the burial event.

One Sabbath or Two Sabbaths?

Following the spices will lead you to an apparent contradiction in the Gospel accounts of the burial and resurrection of Jesus Christ. We read that the women bought the spices after the Sabbath and prepared the spices before the Sabbath. This raises a serious question:

How is it possible to buy the spices AFTER the Sabbath (Mark 16:1)

AND prepare the spices BEFORE the Sabbath (Luke 23:56)?

A common mistake that people make when reading these accounts, is to assume that the gospel writers are referring to the same Sabbath day. But in John 19:31 we read something that seems like maybe another superfluous or unnecessary detail, yet it is crucial to our understanding of the chronology of these events: “(for that sabbath day was an high day,)”. The other gospel writers do not mention it, yet John does. So what does it mean?

Simply put, it means that the Sabbath day, the day immediately after the death and burial of Jesus, was not a normal Sabbath. (I will not enter into the details in this post and you can read more about in a subsequent post about the Feasts of Jehovah and their relevance to the last week of the life of Christ). Suffice to say, that this Sabbath is a likely reference to the first day of the Feast of Unleavened Bread, a feast that initiated at the setting of the sun on the Passover day. It was a day when no servile work was to be done, making it a “day of rest” or a “sabbath day”. The first day of the Feast of Unleavened Bread was a Holy Convocation, a special “high” day.

Those who insist that the Sabbath’s mentioned are the same one, would suggest that the women must have brought a small amount of spices for the actual burial and then were bringing the bulk of the spices on the first day of the week when they went back to visit the tomb. There is a simpler solution which I present in this post called Three Days and Three Nights: A Spicy Solution.

4 thoughts on “Three Days and Three Nights: The Women hold the Key”